Arts for a Complete Education (ACE) began in 1989 as a collaborative effort among the Florida Department of State/Division of Cultural Affairs and the Florida Arts Council, represented by Valerie Ohlsson, Arts in Education; the Florida Department of Education represented by the late June Hinckley, Fine Arts Specialist; and Dr. Mary Palmer, Professor, University of Central Florida. With funding from the National Endowment for the Arts Arts in Basic Education Grant Program, over 150 arts, arts education and community leaders crafted a strategic plan for arts education in Florida. This plan was vetted through 12 public meetings in which over 1,200 citizens participated throughout the state. ACE merged with the Florida Alliance for Arts Education in 1994 to serve as the statewide umbrella organization for arts education in Florida.

CPALMS opens the Arts for a Complete Education (ACE) Collection of lesson plans and resources for use in Florida schools.

Pilot for a REDI area teaching artist residency in the Belle Glade area of Palm Beach County is conducted, with funds from a National Endowment for the Arts Special Initiative Program through the Division of Cultural Affairs.

Florida Teaching Artist Roster plans are discussed throughout the state with guidance from the Division of Cultural Affairs.

The Annual Arts Integration Symposium “Arts and Restorative Justice” was held at the Jacksonville Museum for Contemporary Art.

Through a sponsorship from the University of South Florida’s Center for Partners in Arts Integrated Teaching, six “PAInT Across Florida” professional development events occurred in Broward, Duval, Hillsborough, Lee, Leon, and Manatee Counties. 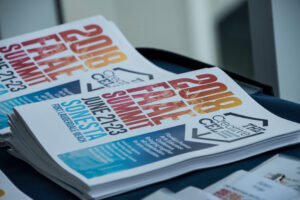 Office moved from Orlando to Sarasota.

First Careers in the Arts Workshop Series held at UCF-Valencia and the University of Florida’s Digital Worlds Institute.

First Lady Columbia Bush’s Arts for Life! Program moved to the management of the Foundation for Florida’s Future.  ACE/FAAE invited to work with the advisory board.

Office moved back to Orlando from Tallahassee.

Through a partnership with the Museum of Florida History and the TREX program of the Department of State, lesson materials were developed to support the Uncle Monday and the other Florida Folk Tales.  In collaboration with the university of Central Florida Department of Digital Media, a full-length animation of one of the tales was completed.

Office moved from Orlando to Tallahassee.

Legislation signed by the Governor to include the arts as a core credit within the 19 credits required for graduation, and in student GPA.

FAAE develops a business plan with support fro the Denali initiative on Social Enterprise, a program of the Manchester Craftsman Guild.

The Arts and the Integrated Curriculum document published.

Alliance received Strategic Planning grant from the National Endowment for the Arts.

Implementation of standards within school reform.

Florida was the first state to endorse the National Standards for Arts Education - ACE led the effort; role within blueprint and Goals 2000 adopted.

State funds to grants were cut, ACE is maintained by funds from the Kennedy Center.

Task Force formed to develop an Arts Education Strategic Plan for Florida 100+ people representing education, the arts, and communities worked together to develop the plan.  Presented at 10 meetings throughout the state - all input was considered, revised, and finalized.

ACE (Arts for a Complete Education) was formed.